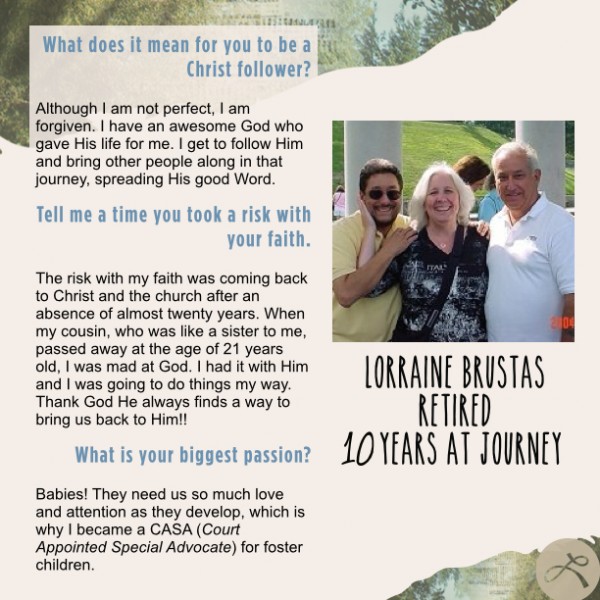 What I met and married my husband.

Have you ever taken a leap of Faith?

Yes, in that influential moment when I met and married my husband. We met in July, were engaged in August, and were married four months later in January. During those four months, we planned our wedding, sold three houses, bought the house we shared together, went on our honeymoon and not once was there any question. He was the husband I had prayed for all my life, but God didn’t connect us until I was 49 years old!!! He was the one that brought me to Journey for the first time too!