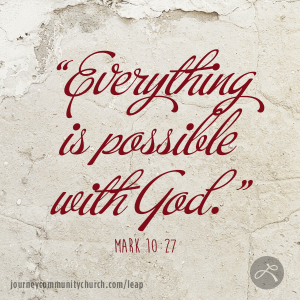 13 One day some parents brought their children to Jesus so he could touch them and bless them, but the disciples told them not to bother him. 14 But when Jesus saw what was happening, he was very displeased with his disciples. He said to them, “Let the children come to me. Don’t stop them! For the Kingdom of God belongs to such as these. 15 I assure you, anyone who doesn’t have their kind of faith will never get into the Kingdom of God.” 16 Then he took the children into his arms and placed his hands on their heads and blessed them. As he was starting out on a trip, a man came running up to Jesus, knelt down, and asked, “Good Teacher, what should I do to get eternal life?” 18 “Why do you call me good?” Jesus asked. “Only God is truly good. 19 But as for your question, you know the commandments: ‘Do not murder. Do not commit adultery. Do not steal. Do not testify falsely. Do not cheat. Honor your father and mother.’” 20 “Teacher,” the man replied, “I’ve obeyed all these commandments since I was a child.” 21 Jesus felt genuine love for this man as he looked at him. “You lack only one thing,” he told him. “Go and sell all you have and give the money to the poor, and you will have treasure in heaven. Then come, follow me.” 22 At this, the man’s face fell, and he went sadly away because he had many possessions. 23 Jesus looked around and said to his disciples, “How hard it is for rich people to get into the Kingdom of God!” 24 This amazed them. But Jesus said again, “Dear children, it is very hard to get into the Kingdom of God. 25 It is easier for a camel to go through the eye of a needle than for a rich person to enter the Kingdom of God!” 26 The disciples were astounded. “Then who in the world can be saved?” they asked. 27 Jesus looked at them intently and said, “Humanly speaking, it is impossible. But not with God. Everything is possible with God.” 28 Then Peter began to mention all that he and the other disciples had left behind. “We’ve given up everything to follow you,” he said. 29 And Jesus replied, “I assure you that everyone who has given up house or brothers or sisters or mother or father or children or property, for my sake and for the Good News, 30 will receive now in return, a hundred times over, houses, brothers, sisters, mothers, children, and property—with persecutions. And in the world to come they will have eternal life. 31 But many who seem to be important now will be the least important then, and those who are considered least here will be the greatest then.”